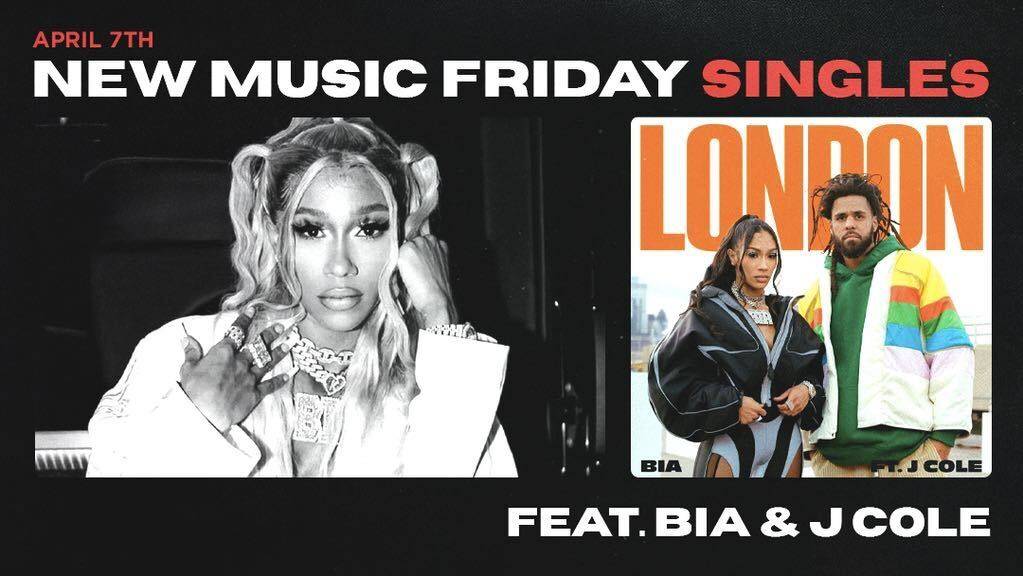 Given the fact Hip Hop aficionados have already been treated to a Jermaine Dupri-approved feature verse from JAY-Z courtesy of Pusha T, the lyrical bar has been set high for all subsequent releases falling in the tailwind of their ferocious collaboration.

However, with a lineup as robust as the latest edition of HipHopDX’s New Music Friday Singles coverage, several rap star contenders stand in close contention of Hov and King Push with incendiary releases of their own. Building on the momentum from his Kanye West-stamped “Nail Tech” single, Jack Harlow stakes his claim to become a part of rap’s upper echelon ahead of his upcoming album via his new offering.

Considering BIA just tore the stage down at J. Cole’s Dreamville festival in North Carolina, it seems only right she cashes in her feature verse from The Off-Season rapper, who’s also hot off the release of the collective D-Day: A Gangsta Grillz Mixtape project.

With time on her side, BIA shares her version of “London” featuring J. Cole, which isn’t to be confused with the 2019 collaboration between Cole, Young Thug and Travis Scott for Thugger’s So Much Fun album.

In the spirit of rolling out his upcoming project Come Home The Kids Miss You, Harlow unlocks his “First Class” single which features a sample of Fergie’s 2006 hit “Glamorous.”