JAY-Z Explains How Irv Gotti Got His Name: 'We Gotta Toughen You Up' 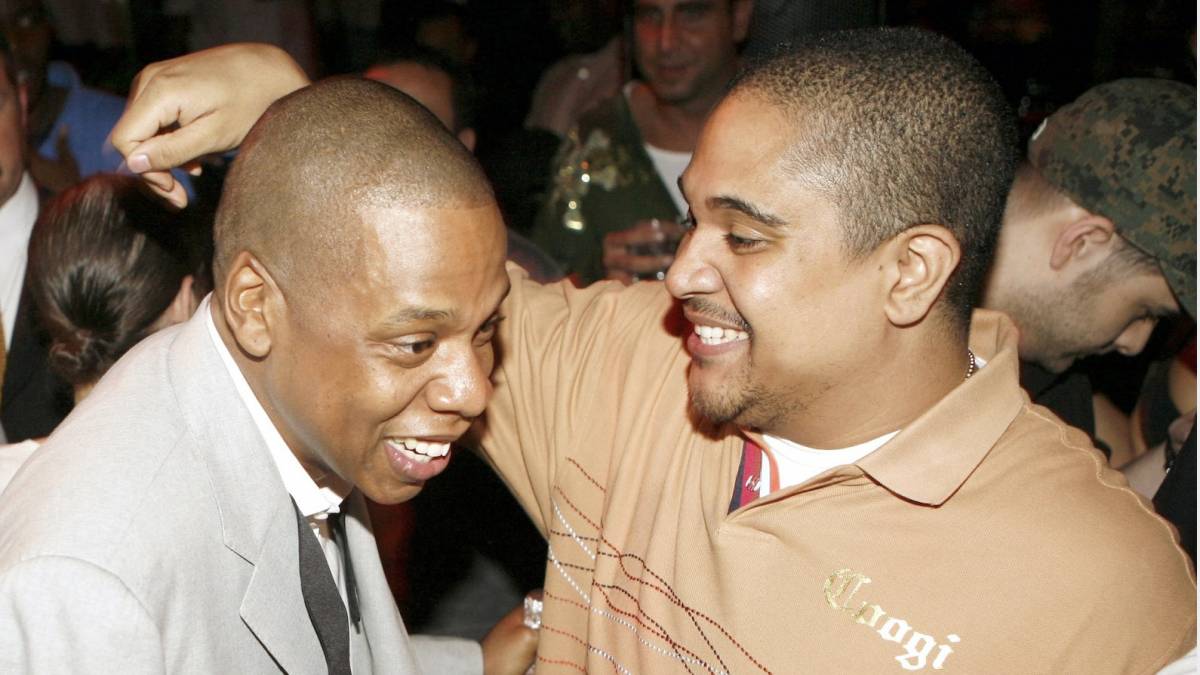 Hov and Irv met in London while Jaz-O was recording his album in 1988.

JAY-Z is featured on Irv Gotti‘s Murder Inc. BET documentary and he’s been dropping gems, such as how he was instrumental in giving the label executive his name.

In the premiere episode, Hov recalled meeting Irv Gotti in London while touring with his mentor, Jaz-O. Jay and Irv tore the city up while Jaz was recording his album, and before long, the two would become good friends.

Once they returned to the states, they began working on music together and would eventually hit the road with Irv becoming Jay’s first official DJ. However, JAY-Z wasn’t rocking with Gotti’s real name, Irving Lorenzo, and decided to give him a new nickname to make him sound tougher.

“I remember we snapping on Irv, like, ‘Your name is ‘Irving’,” Jay said in the documentary. “‘Man, get outta here. Irving?’ And everybody laughing, ha ha ha. I said, ‘Yo, you need a name like Irv Gotti, we gotta toughen you up.'”

The Murder Inc founder added, “And like everything that Jay does, it stuck.”

Irv would go on to help kickstart JAY-Z’s career with his debut album, Reasonable Doubt, as well as the careers of DMX and Ja Rule. Most importantly, Gotti envisioned a supergroup with the three MCs that never materialized due to what Hov explained in the documentary as healthy competition and a clash of egos.

“I think it was everyone’s ambition and everyone’s ego,” JAY-Z said. “It was just three guys, three independent labels, three Black men who are all fighting to be the best in the world.”

The three rappers were featured on various songs together, such as “Can I Get A…,” “Money, Cash, Hoes,” “Blackout” and more, and as hype around them grew, so did the call for them to form a group.