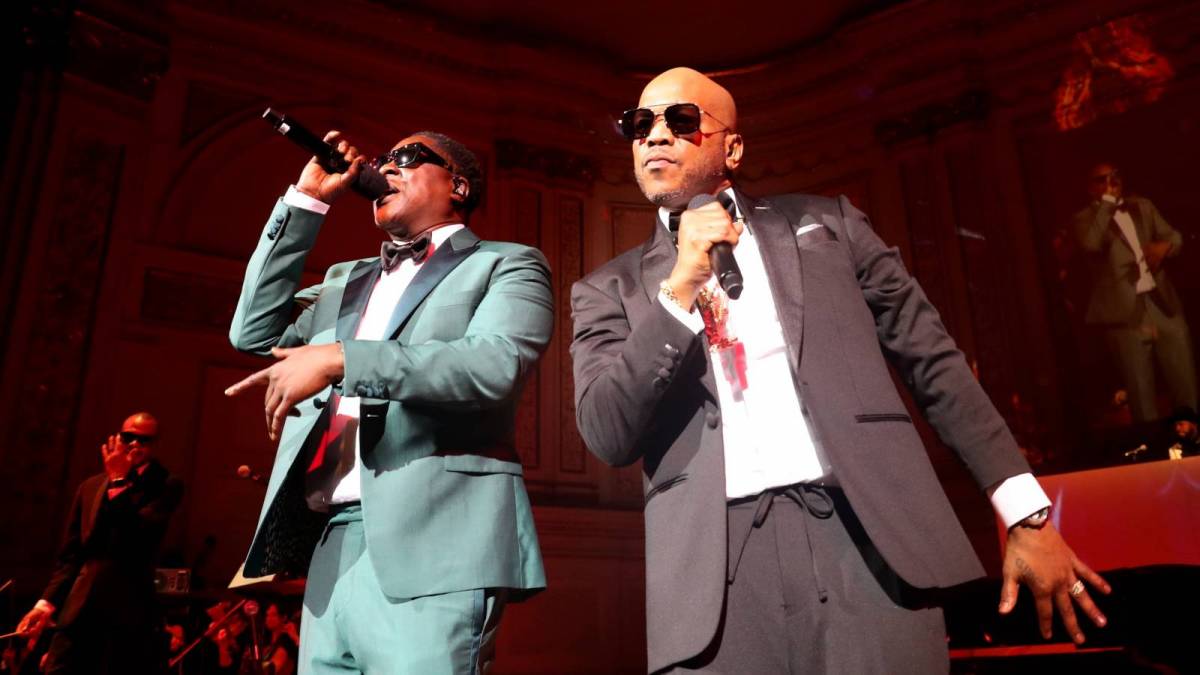 The show also featured performances from Ashanti, Big Daddy Kane and others.

Videos from the event show Jada and Styles taking to the stage to perform in front of a rowdy New York crowd.

The latter took to socials before the show to flex a new jacket he donned on the Carnegie Hall stage, which included drawstrings and a black and white inner stitched lining.

“THE TRINITY,” Styles wrote alongside a picture of him and Jada before the big show. “We knew we would make it !!!!! We been living off xperience for a while !! Shout my bro @mrrobbiesuits for my custom LOX SUIT ! Notice the drawstrings … I love sweat suits so much I have my suits made of the same material little more refined though.”

He followed it up with another photo of him and Big Daddy Kane, writing, “Some shit is worth more than money .. got to be part of the elite league to even get the drift of what I’m saying !!!!”

The event was based off D-Nice’s Instagram Live show of the same name that emerged during quarantine and occurred a year and a day after Dipset and The LOX took to Madison Square Garden for their legendary Verzuz showdown.

Check out Styles P’s posts from the show below: