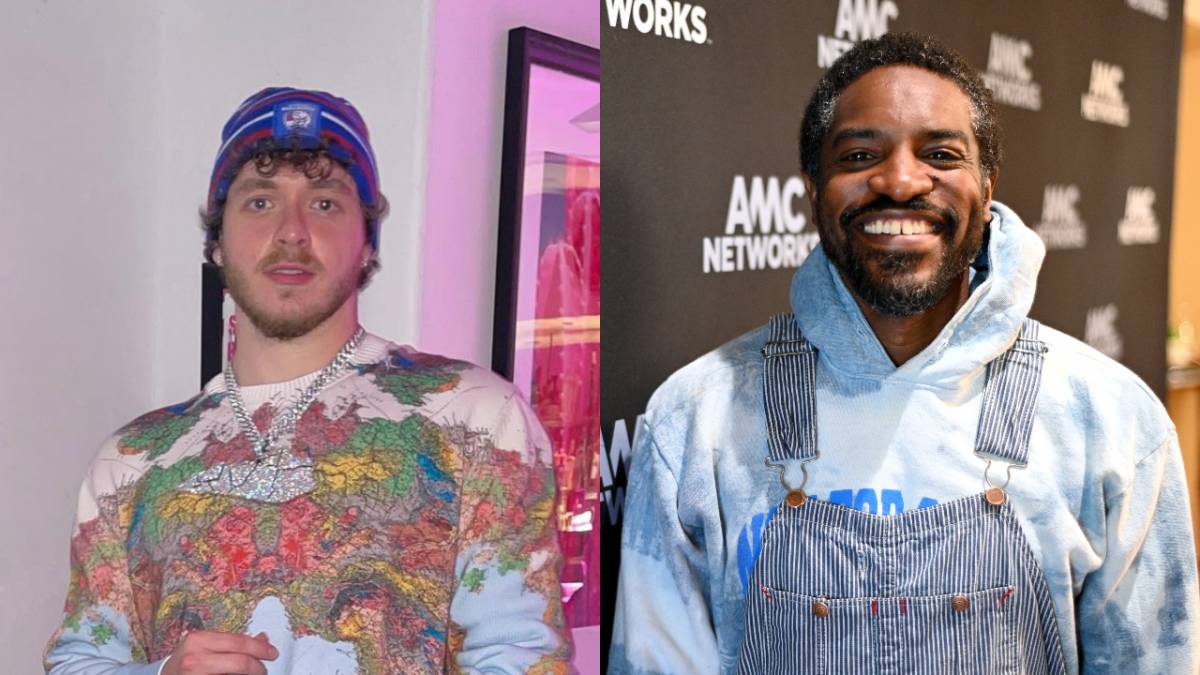 Missionary Jack said he's been "manifesting" the collaboration between him and the ATLien.

Jack Harlow has revealed he desperately wants to work with André 3000, and said he’s been “manifesting” the collab for a while.

In an interview with TODAY, the Louisville rapper spoke about his love for the Outkast rapper before taking to the stage on the NBC morning show to perform “Nail Tech,” “Industry Baby,” “What’s Poppin'” and “First Class.”

“André 3000, that’s a big one I’ve been manifesting for a while,” he said. “A lot of the collaborations you just named are ones that in interviews over the years I hadn’t done yet … I was like man, I just want Pharrell, Drake — and then they would happen.

He added: “I’m just gonna keep saying André 3000 with faith that it will happen.”

“A lot of my songs are sing-alongs and feel-good experiences so there’s a warmth that brings us all together.” @jackharlow is opening up about his 'Come Home The Kids Miss You’ tour, advice his mom gave him, and more 🤩 #JackHarlowTODAY @Citibank #citiconcertseries pic.twitter.com/CqEBnDc3vV

Elsewhere in the interview, he talked about his formative years as a rapper, and said he made his start by remixing popular songs on YouTube, which was a popular trend in the 2010s.

“I was rapping off beats like ‘6 Foot 7 Foot’ and ‘Moment for Life’ and a lot of classics that our generation remembers” he said. “‘Black and Yellow,’ all those beats from the early 2010s, I was doing verses on those. Remixes were really popular, so I wasn’t even really doing a lot of original music.”