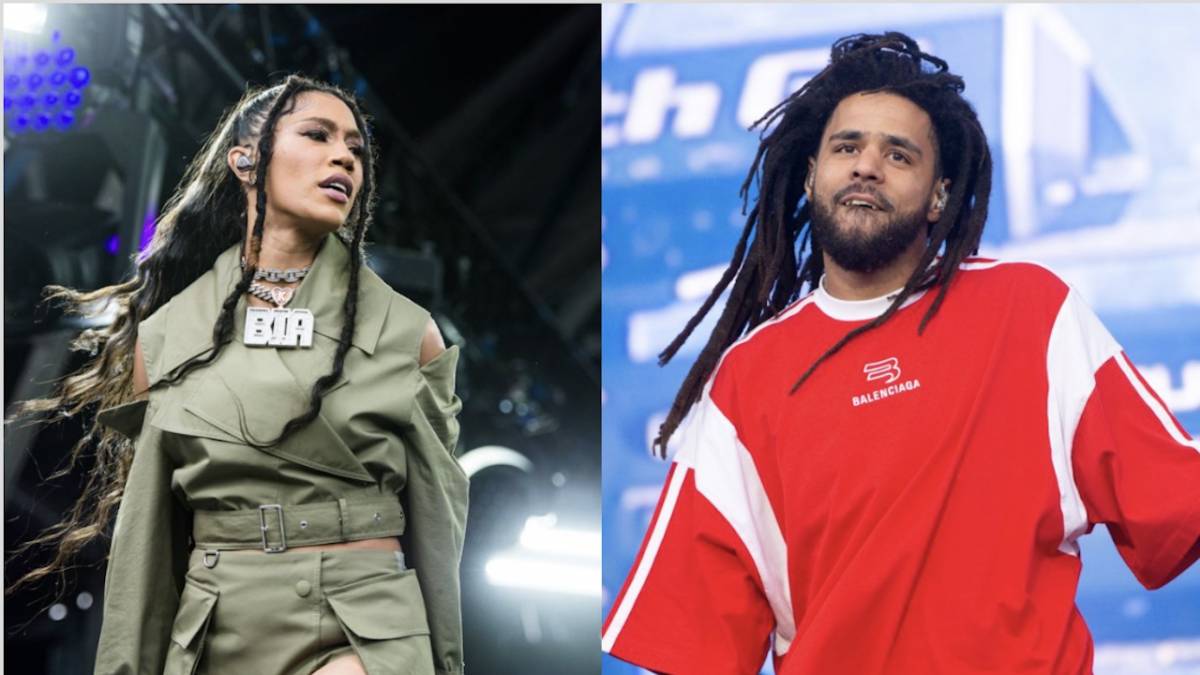 It marked the two artists' first time performing the song in the United Kingdom.

London, U.K. – J. Cole’s guest appearance on BIA’s “London” single may finish 2022 as one of the best guest verses of the year. While in the United Kingdom for a headlining set at the Wireless Festival Saturday (July 2), Cole decided to play on the pun of “London” in London, bringing out BIA for a surprise performance.

The single finds both adopting British style accents with Cole’s sticking out throughout his verse. Packed with slang terms and references to landmarks in the area, the track is a braggadocios homage to the city and how much stunting the two can pull off.

BIA and J. Cole dropped “London” on the world in April, and although the single stands as another solid feature for Cole, it also marks another highlight in BIA’s blossoming career, following her “Whole Lotta Money” collaboration with Nicki Minaj in 2021.

J. Cole Says He Was 'Blown Away' By BIA's 'London': 'I Was Excited But Genuinely Nervous'

When J. Cole heard “London” for the first time, he was taken aback by how impressive the original version of the song was without his verse. On April 8, he uploaded a clip from the song’s music video on Instagram and told fans not only how the collaboration came to be but also how he was nervous to even rap on the song.

“I damn near didn’t even wanna put this clip up cuz I need everybody to hear this shit PURE,” he began. “How I heard it! I Asked BIA to come through the studio for some whole other shit. First time meeting her. We chop it up. She plays me this new song she had just did. Mannnnnnn. in that moment I was blown away.

“I thought about this song for a month straight, it was my favorite song and I only heard it one time. She hit me recently and sent me the song (she musta knew I wanted to