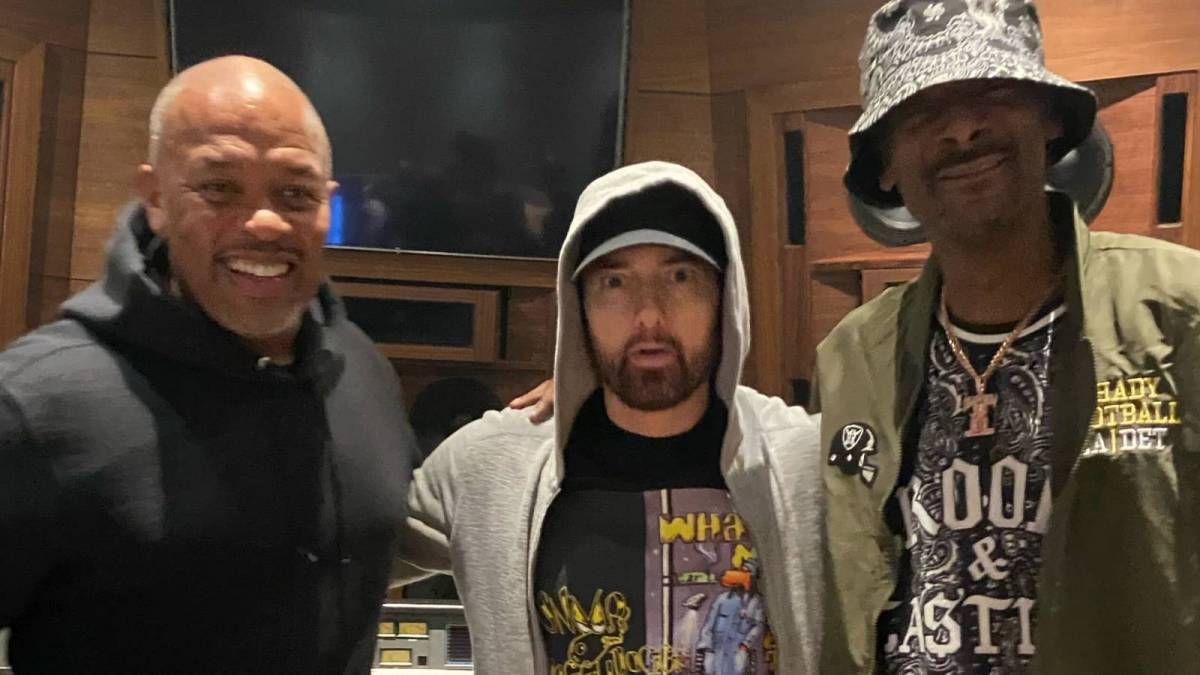 Eminem, Snoop Dogg and Dr. Dre might be looking to recreate 2001 magic. On Monday (August 15), Slim Shady tweet a photo of the rap royalty trifecta posted up in front of a mixing board inside someone’s home studio. (Between the three of them, it could belong to any of them.) Eminem wrote in the caption: “just a few bros..hangin out.”

Of course, the tweet sparked excitement from many of his 22.7 million followers, with some calling for the nearly-mythical Detox album or Relapse 2. Others wanted Slim Shady to respond to The Game’s recent diss track, “The Black Slim Shady.” Despite their pleas, Eminem didn’t provide any further context on what exactly they’re working on.

Dr. Dre’s next solo album is long overdue. Although he released a collection of unreleased music for the Grand Theft Auto video game franchise in February, there’s been little information on when fans can expect his own album. However, that doesn’t mean he hasn’t been hard at work in the studio.

For months, photos of Dre with various celebrities have been posted online — from Grandmaster Flash and Ron Isley of Earth, Wind & Fire to London On Da Track and Donda 2 co-writer Fat Money.

But fans have been here before. On August 11, Snoop Dogg told ET he and Dre were indeed working on new music while attending the premiere of his latest film, Day Shift.

“We’re cooking up a little something,” he said. “I don’t wanna talk about it too much, but we’re back together again. It’s been 30 years since we worked on a record, and we’re doin’ something, we’re workin’ on something.”

In April, Snoop shared a photo of himself and Dre in the studio