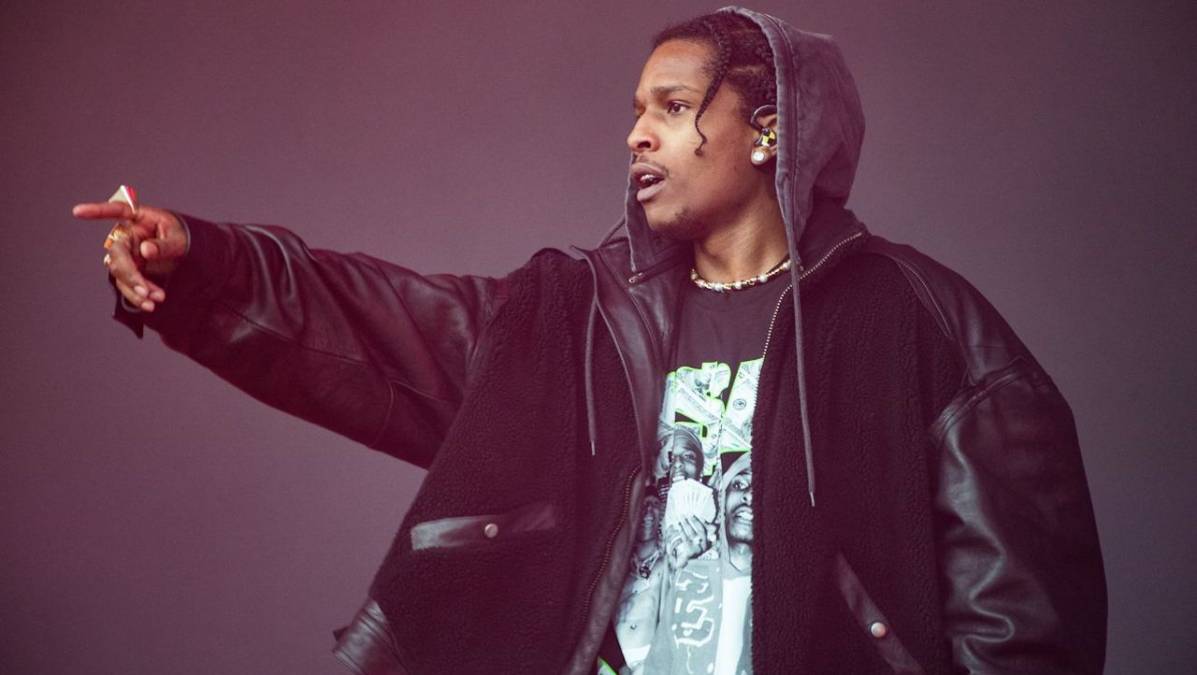 The Harlem rapper has been busy performing in Europe for most of the summer.

During a recent show in Latvia, A$AP Rocky was struck in the face by a flying cell phone, causing him to stop mid-performance.

As fans waited to see how he’d react, the A$AP Mob member surprised everyone when he beckoned the man who threw the phone to come on stage and give him a hug.

“You almost hit me with that phone and caught my face. You gotta be careful baby,” Rocky is seen saying to the fan with his hand on his shoulder. “I love you too. So you ready to go crazy?…look no more throwing phones man.”

Projectile phones have become a common occurrence during rap shows. Lil Uzi Vert recently decided to throw a phone back into the crowd during his rowdy performance at Wireless Festival’s first weekend in London’s Crystal Palace Park.

The Philadelphia rapper hurled the phone into the air and allegedly struck a fan in the process, who was filmed on TikTok being escorted away by security with a bloodied head.

“During Uzi’s set at Wireless Fest, fans threw multiple cellphones onto the stage and inadvertently struck him,” a source close to Uzi told The Shade Room. “He merely attempted to clear the phones from the stage, avoid slipping and safely continue his performance—he never intentionally directed it at a specific individual.”

Then, of course, there was J. Cole, who similarly to A$AP Rocky was struck in the face with a cell phone during a performance in San Diego in 2014. The North Carolina-bred rapper was in the midst of his 2014 Forest Hills Drive Tour, but unlike Rocky, Cole decided to just pocket the cell phone instead. It’s unclear if the fan ever got it back.

Aside from fathering a baby with Rihanna, A$AP Rocky